With the ability to crank out no less than 200 horsepower, and a maximum of 280, the CC is undoubtedly powerful.

With a four-cylinder and a V6 option, you have a choice between fuel economy and power.

The Volkswagen CC comes standard with many safety features, allowing you to drive with confidence.

Inside, the CC is filled with premium materials that help you to get in your comfort zone and stay there.

The CC comes with touchscreen navigation and a rearview backup camera, both of which are standard equipment.

When loaded with the standard four-cylinder engine, the CC is able to stretch a gallon as far as 32 miles on the highway.

The Luxurious Yet Affordable 2015 VW CC

When it comes to luxury in the Volkswagen lineup, no vehicles stand out quite like the CC, which provides sophistication and style, for a price that is far more affordable than you may think. Both inside and out you will find premium materials, but overall, it’s the fact that the amenities don't cost a premium that really separates the CC from some of the other overpriced luxury vehicles out there.

The CC is not quite as well known as the Golf, Jetta or Passat, and for that reason it's sort of the hidden gem of the lineup. Here at Volkswagen of The Woodlands, we have a few models of the 2015 Volkswagen CC in The Woodlands TX, and if you have been looking to get yourself behind the wheel of a Volkswagen, but want to stray from some of the more common choices, the CC is your best bet.

As we alluded to earlier, inside, you will find all of the amenities that you would expect from a vehicle in the same class as some of the more expensive luxury offerings out there. That includes touchscreen navigation, as well as a rearview camera that can help you to more effectively navigate in reverse. We should also probably mention that both the navigation and camera come standard. Up front, there is a pair of Bi-Xenon headlights with LED daytime running lights, allowing you to be seen during all hours of the day. As you would expect, the Volkswagen CC also makes sure that you are heard. 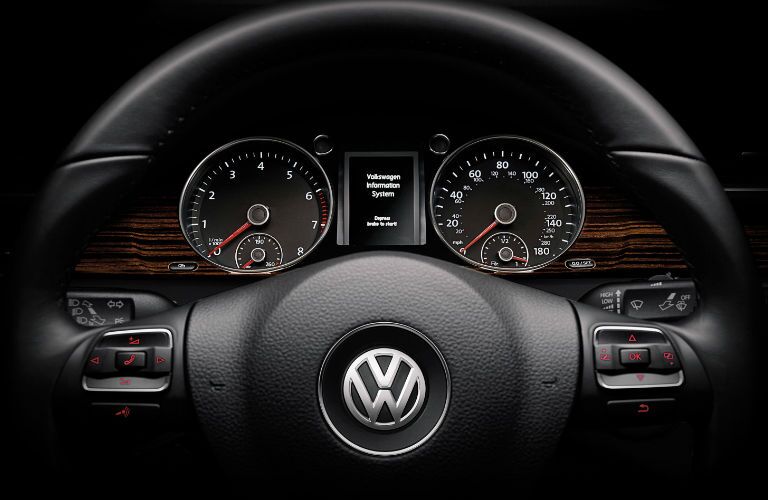 Get the Volkswagen CC in North Houston

Luxury cars tend to announce their presence everywhere they go, and the Volkswagen CC is no exception. It's available with two different engines, both of which produce some fierce roars that are sure to turn heads. If you are interested more so in the styling of the CC and prefer a more balanced option, the 200-horsepower 2.0-liter four-cylinder, which comes as standard equipment, is sure to fit the bill. If you want more power, however, you'll find that the 3.6-liter V6 engine is the better of the two. When firing on all six cylinders, the engine manages to generate as much as 280 horsepower.

When you're talking about that much power, it's important to make sure that safety is considered. As with every other Volkswagen in the lineup, the CC can handle itself just fine, but it comes with all of the safety features needed to keep you protected in the event that something unexpected occurs. It comes with a crash-optimized front end, an intelligent crash response system, an advanced safety cage, and a unique brake disc drying feature that ensure that your stopping power is always there.

To take the next step and experience the 2015 Volkswagen CC for yourself, we encourage you to fill out the form that we have provided here on this page and let us know that you're interested in taking a test drive. Here at Volkswagen of The Woodlands, we'll help to make you one of the proud owners of the VW CC in North Houston. We look forward to hearing from you.